UPDATE: Related to monitoring CoreOS clusters, we have recently optimized the SPM setup on CoreOS and integrated a logging gateway to Logsene into the SPM Agent for Docker.  You can read about it in Centralized Log Management and Monitoring for CoreOS Clusters

In this post you’ll learn how to get operational insights (i.e. performance metrics, container events, etc.) from CoreOS and make that super simple with etcd, fleet, and SPM.

Before we get started, let’s take a step back and look at our end goal.  What do we want?  We want charts with Performance Metrics, we want Event Collection, we’d love integrated Anomaly Detection and Alerting, and we want that not only for containers, but also for hosts running containers.  CoreOS has no package manager and deploys services in containers, so we want to run the SPM agent in a Docker container, as shown in the following figure: 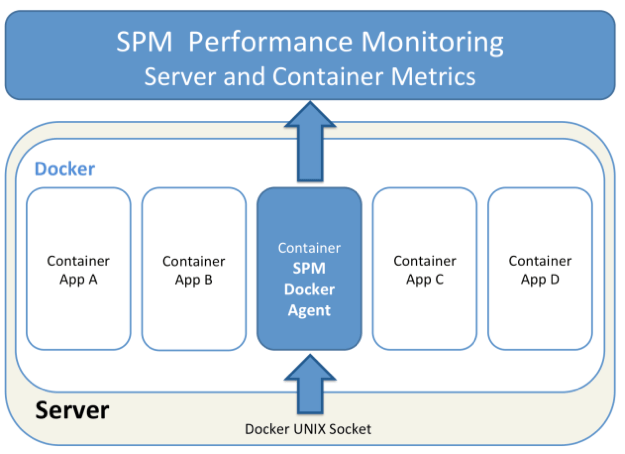 By the end of this post each of your Docker hosts could look like the above figure, with one or more of your own containers running your own apps, and a single SPM Docker Agent container that monitors all your containers and the underlying hosts.

2) Set the SPM App Token via etcd. This makes the token instantly available to all SPM agent instances in the cluster:

Of course, you can change “myapp” part to whatever you want.  This simply acts as a namespace in etcd in case you have multiple SPM Apps (and thus multiple SPM App Tokens).

3) Grab the spm-agent.service fleet unit file and submit it to fleet:

What’s this fleet unit file about?  It simple.  It reads the SPM App Token from etcd and then starts the Docker container with sematext-agent-docker inside. This is what it looks like:

After about a minute, you should see Docker metrics and events in SPM. 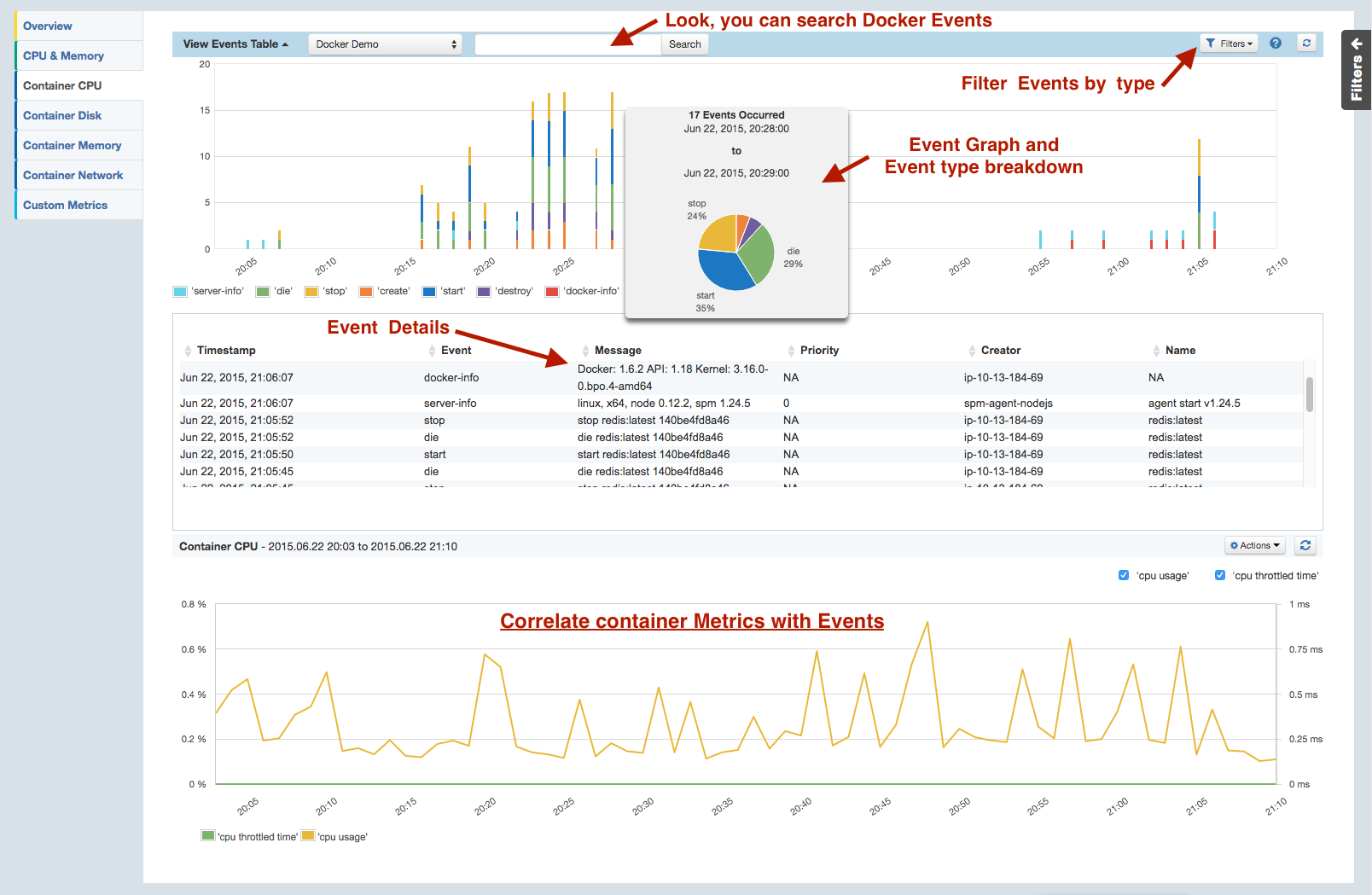 Everything described here is open-sourced:

Summary – What this gets you

What we  get after this setup is the following:

Having this little setup let’s you take the full advantage of SPM and Logsene e.g. by defining intelligent alerts for metrics and logs, delivered to channels like e-mail, PagerDuty, Slack, HipChat or any WebHook, as well as making correlations between performance metrics, events, logs, and alerts.

Running CoreOS? Need any help getting CoreOS metrics and/or logs into SPM & Logsene?  Let us know!  Oh, and if you’re a small startup — ping @sematext — you can get a good discount on both SPM and Logsene!