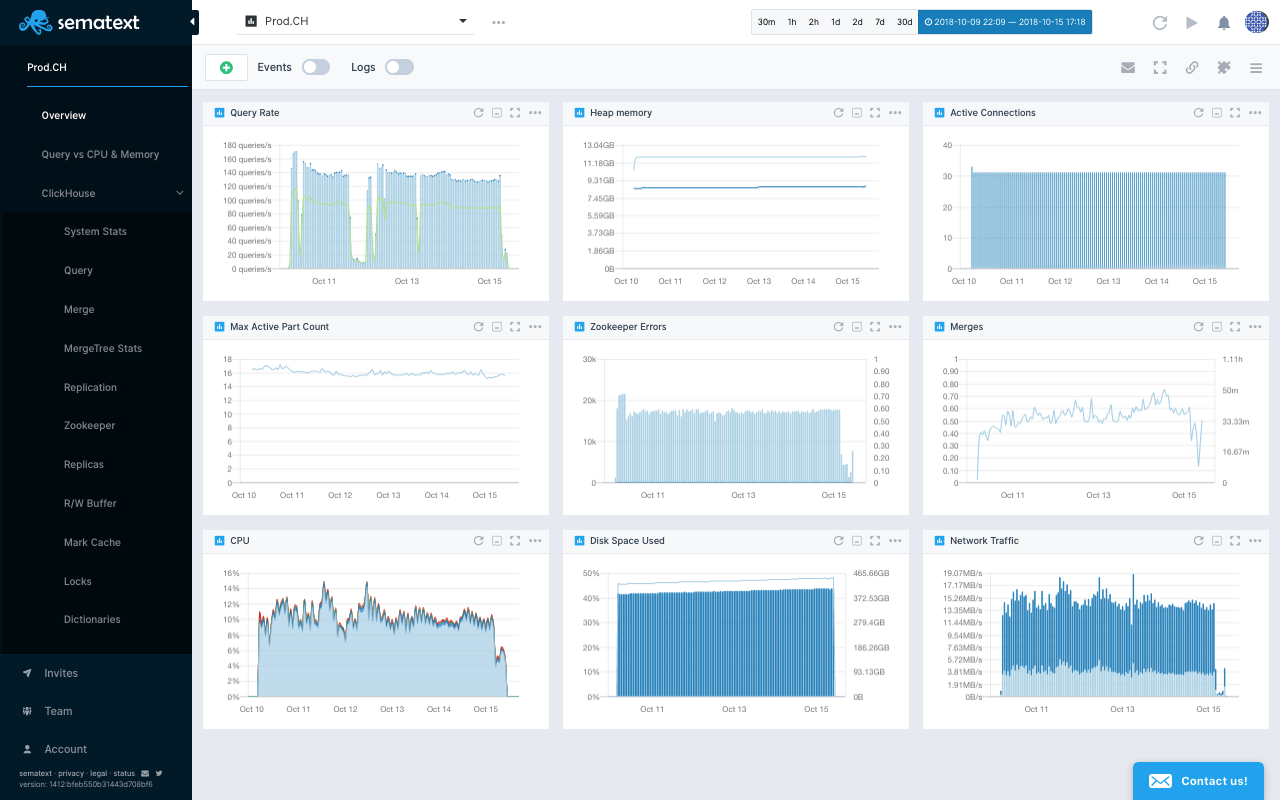 How to use it To monitor ClickHouse create a ClickHouse App in Sematext Cloud and install the Sematext Agent according to the setup instructions. Like magic, in less than a minute you will receive all ClickHouse metrics in your ClickHouse monitoring App. Tips Because ClickHouse heavily relies on ZooKeeper we recommend setting up ZooKeeper monitoring and log collection for related logs. By doing this you can benefit from combined dashboards thus having your favorite ZooKeeper and ClickHouse metrics together with related logs for faster troubleshooting. Save time, gain visibility: the benefits are endless.

You asked, we listened. The new Sematext Monitoring Agent includes many features that will make your infrastructure and application monitoring a whole lot easier.

The recently opened-sourced Sematext Monitoring Agent is fully pluggable, making it possible for you to collect metrics from a number of additional sources. The new agent supports the latest Java versions and has updates for many integrations such as Apache Kafka, introduces support for ClickHouse monitoring, etc. In addition, we changed how the agent talks to Sematext. Instead of using a custom protocol, we’ve adopted the popular Influx Line Protocol for sending metrics and all their metadata via HTTPS. The old proprietary format will continue to work for a while to ensure backward compatibility with older agent versions.

You can find all details about the release in Open-sourcing Sematext Monitoring Agent.

If you are an existing Sematext Cloud user, we encourage you to log in and update your agent to start benefiting from the lower agent footprint and flexible configuration options.

The agent update is super simple: just use your package manager to update the spm-client package.

The new Containers view provides you with enhanced visibility into all your containers and their hosts, drawing your attention to the ones that need it the most.

The main view is very much like “top for containers” – applied across all of your containers and their hosts. You can sort containers by memory or CPU usage to find the hottest containers, or simply display the top N containers. The detail view of each container displays container metrics in real-time.

In containers table, the user can see basic information and metrics about each server and by clicking on table row user can expand it to get more details about the container. Thus, for each container user can view metrics, review information about containers grouped by tags like host, image name, pod name …

By using the heatmap, user can get an overview of a large number of containers at once and see if selected metric has a high value on any of the monitored containers or host.