There has been a “storm” brewing here at Sematext recently.  Fortunately this has nothing to do with the fierce winter weather many of us are experiencing in different parts of the globe — it’s actually a good kind of storm!  We’ve gotten a lot of requests to add Apache Storm support to SPM and we’re please to say that is now a reality.  SPM can already monitor Kafka, ZooKeeper, Hadoop, Elasticsearch, and more. As a matter of fact, we’ve just announced Redis monitoring, too!

Here’s why you should care:

Here are the Storm metrics SPM can now monitor:

Also important to note — users can add alerting rules for all metrics, including Algolerts and heartbeat alerts, as well as receive daily, weekly, and monthly performance reports via email.

Here are some of the graphs — click on them to see larger versions: 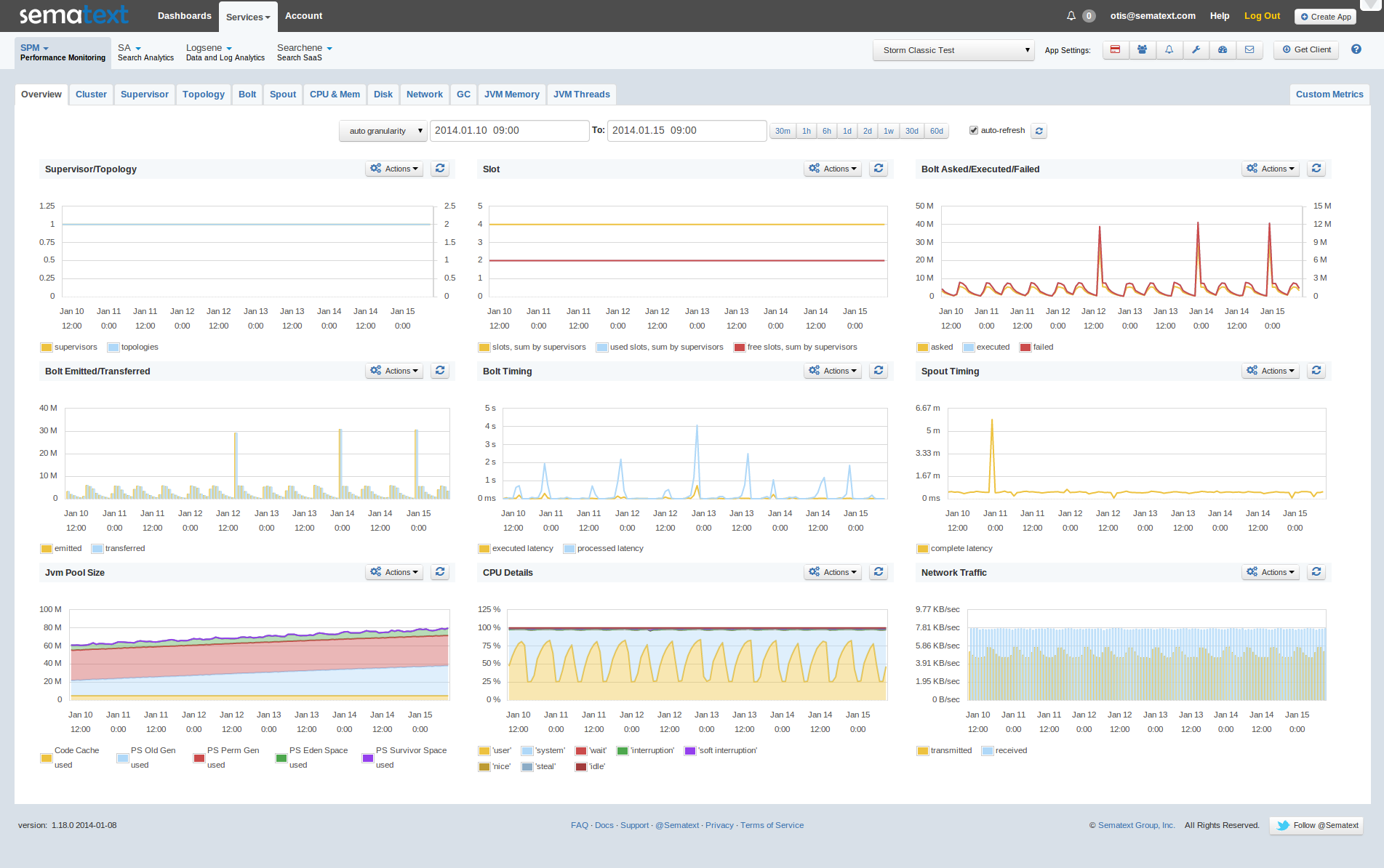 For observing the general state of the system 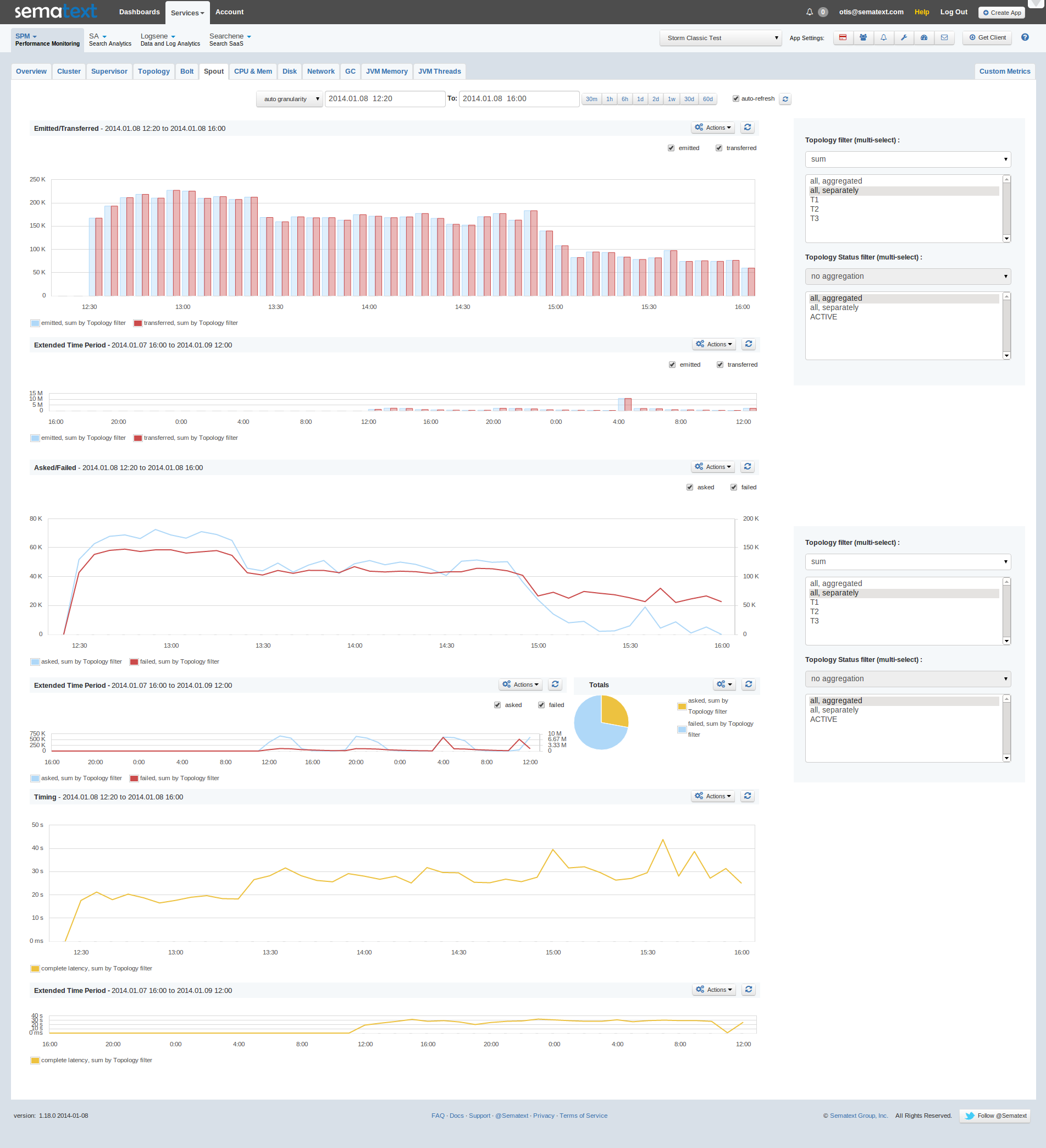 Do you see how “acked” (blue line) decreased? It may be related to some problems with resources (e.g., CPU load) 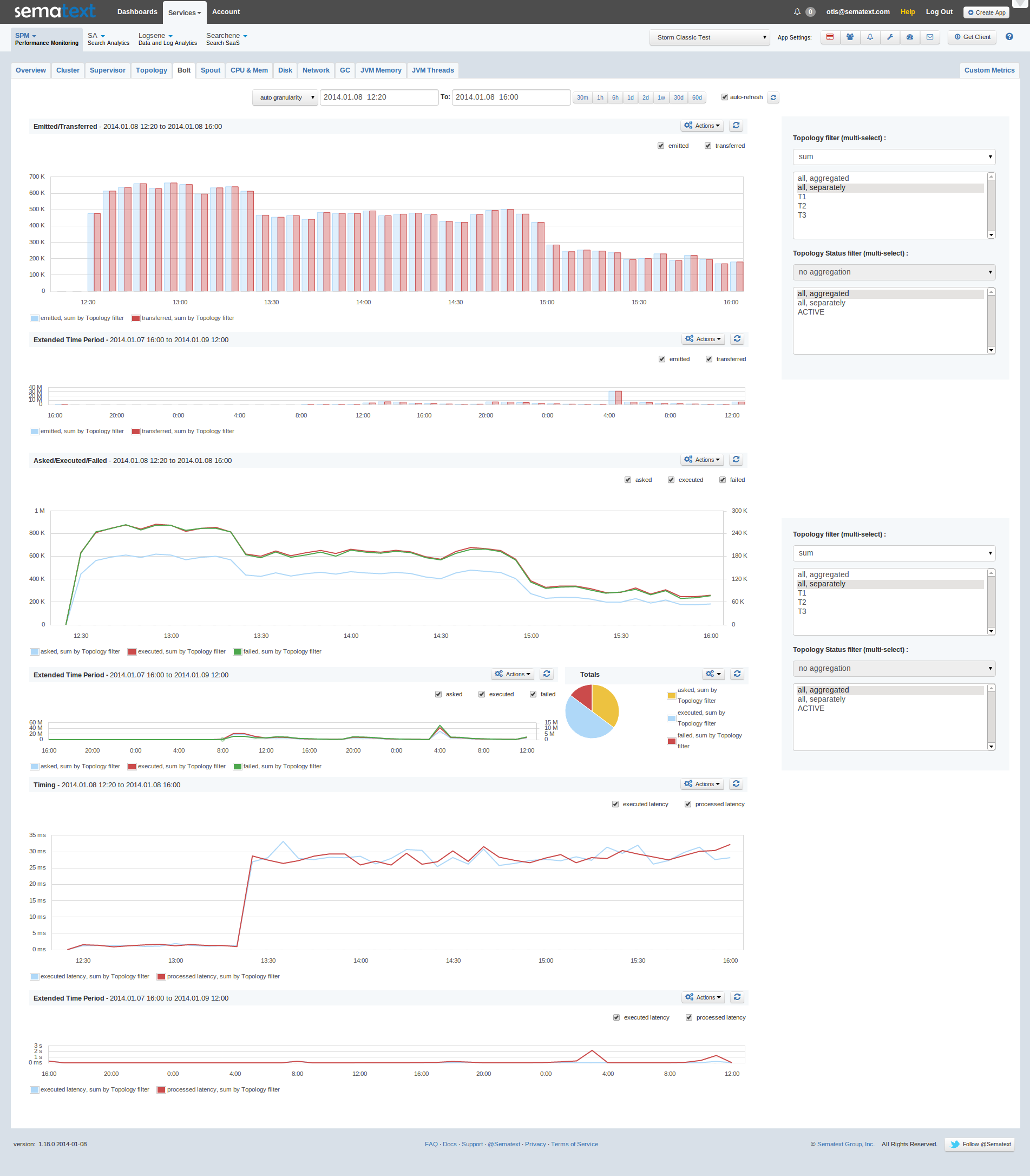 Check out this “Timing” chart: see the spike at ~13:21? It seems that something is up with the CPU (again); it might be the “pressure” from Java GC (Garbage Collector)

On the first chart you can see how the counts of tasks and workers grew.  It is because a new topology (“job” in Storm terminology) started at 12:25. 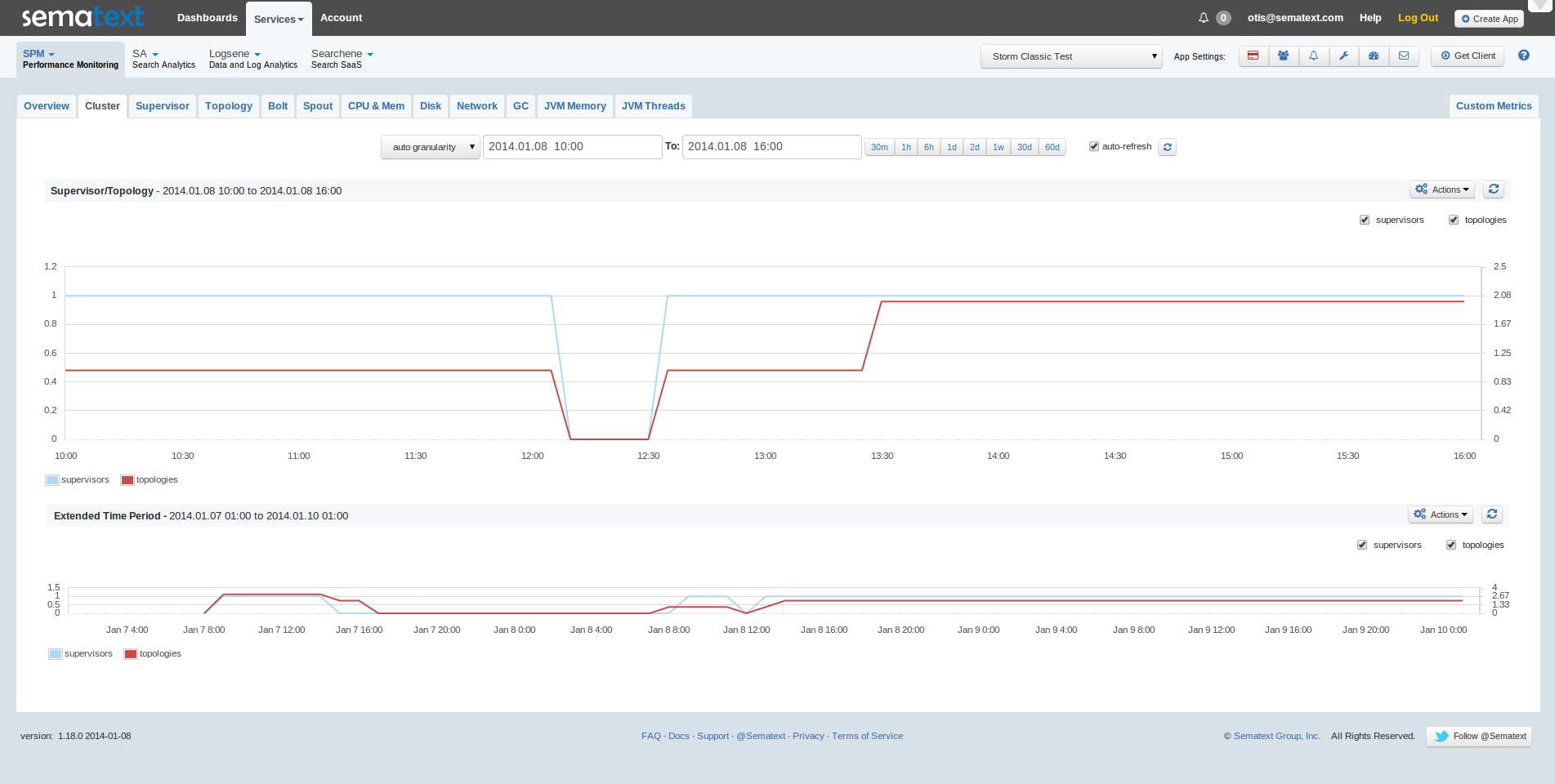 The same as above: you can see that between 12:00 and 12:30 Storm Supervisor was restarted (something that works on each machine inside the cluster) and topology was added after restarting.

Give SPM a spin – it’s free to get going and you’ll have it up and running, graphing all your Storm metrics in 5 minutes!