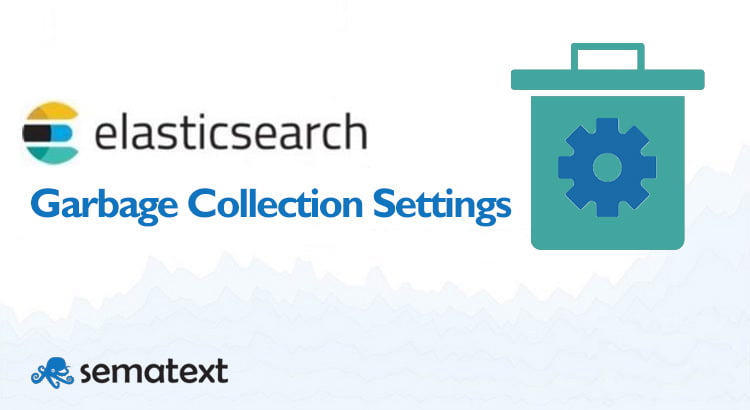 Elasticsearch comes with good out-of-the-box Garbage Collection settings. So good in fact that the Definitive Guide recommends not changing them. While we agree that most use-cases wouldn’t benefit from GC tuning, especially when it turns out there simply isn’t enough heap, there are exceptions. We found that G1 GC, for example, works well on big heaps. This allows you to have less, bigger nodes, which in turn means less network traffic in a large cluster.

Usually, dedicated master nodes are mostly idle. Even the active master uses little CPU, because its only constant job is to ping the other nodes. It also has process cluster state changes, such as the addition of an index, a field or a node.

We should all design for small, infrequently updated cluster states, e.g. under 20 nodes, under 5000 shards and under 100 fields per index. Sometimes requirements simply don’t allow for this. A full cluster restart on a 100-node, 50K-shard cluster (which generates a lot of cluster state updates) might bring exciting issues.

If the master is overloaded with the number of updates it has to process, it will queue them. The cluster becomes unresponsive for longer, at least to writes, but it will eventually catch up.

Many cluster state updates also generate a lot of garbage. If garbage can’t be collected fast enough, heap may run out. Or a long GC pause can disconnect the active master from the cluster. In both cases a new master will get elected, which may run out of memory as well.

If GC throughput is indeed the problem, we can make the GC work harder, trading some overhead for throughput. We can do this by lowering CMSInitiatingOccupancyFraction in jvm.options. This setting determines when the old generation garbage collector (CMS by default) kicks in. Assuming there’s plenty of heap for when masters aren’t busy, a value of 50 instead of the default 75 should be a good bet.

“Busy master nodes should have a lot of spare heap.Then, lowering InitiatingOccupancyFraction trades overhead for throughput, lowering chances of OOM or allocation failures.”


Increasing the size of eden and survivor spaces might also help here. When processing many cluster state updates, used heap becomes garbage rather quickly (e.g., after each update). Larger young generations should push more work on the Parallel Collector that works on it. And the Parallel Collector has better throughput.

Here’s how to double the Survivor spaces, while increasing the Eden space by a third:

Note that verbose GC logs can give more details on how long each part of the GC process took. This, in turn, gives you more insight on the root cause. You can enable verbose GC logging from jvm.options: they are written but commented by default.

While that’s expected (we’re using a higher throughput collector), it’s nice to see that individual collection times dropped by the same 20%. Values were small in both cases, too small to be logged in the Elasticsearch default logs.

The average time spent in queue also dropped by 20% with the Parallel Collector. This means Elasticsearch can process cluster state updates 20% faster. Here’s the timeframe where we had 25-28K fields in the cluster state:

“For dedicated master nodes with 1GB of heap, Parallel Collector outperformed CMS by 20% on both throughput and latency.”

If heap size is large (e.g. 8GB or higher), the G1 GC might help, especially if you are running Elasticsearch on Java 9. It actually did help a few of our customers in this very situation: master nodes running out of heap during cluster restart. G1 defragments heap and adapts generation sizes based on previous collection information. With larger heaps, it tends to have better throughput than CMS. Some people advise against it, but we had mostly good experience with G1 on both Elasticsearch and Solr. To enable G1, replace the default GC configuration in jvm.options:

This enables G1 and sets a target pause time to 400ms. The default is 200ms, but increasing MaxGCPauseMillis will trade some latency for throughput. Normally, you’d start with default values and then tune. In this case, though, you probably don’t have many shots at fixing the problem, which most likely came up unexpected.


Speaking of time pressure, if you can quickly throw more hardware at the problem, it might actually be your safest bet. Without looking in the heap dump, which also takes time, it’s hard to tell if the problem is with GC throughput or whether there’s simply not enough heap. Bigger boxes will address both scenarios: more RAM can hold a bigger heap, giving more headroom. A GC running on more threads will also collect garbage faster.

The default GC configuration works well for most use-cases. That said, when cluster state is large and starts receiving a lot of updates (like in a full cluster restart), the active master may run out of heap. In this situation, often a large part of the heap is garbage, and tuning the GC for throughput might help: