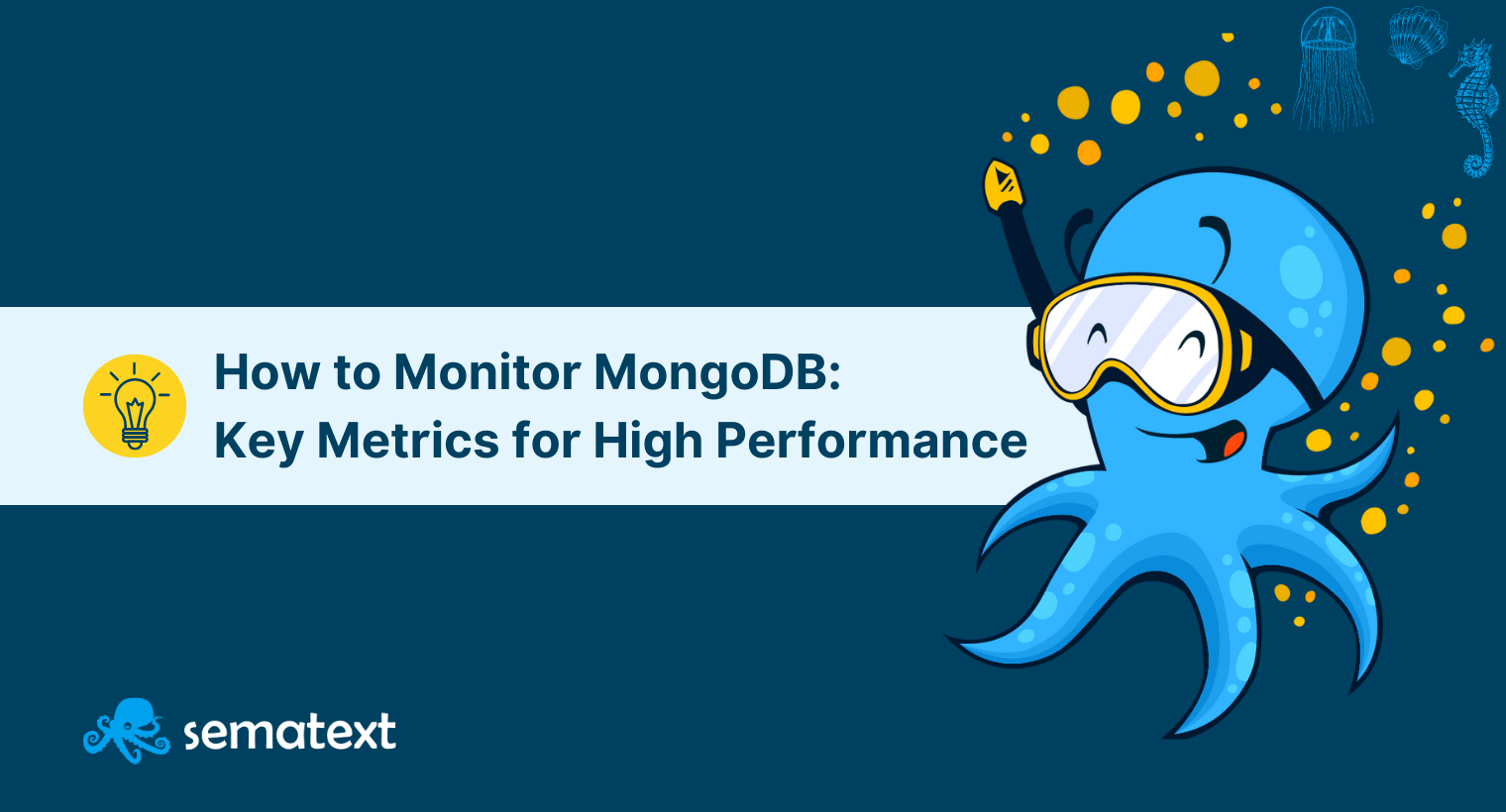 Monitoring distributed systems like MongoDB is very important to ensure optimal performance and constant health. But even the best monitoring tool will not be efficient without fully understanding the metrics it gathers and presents, what they represent, how to interpret them, and what they affect. That’s why it is crucial not only to collect the metrics but also to understand them.

In this article we will look into the key MongoDB metrics that you should monitor to ensure the best performance, fault tolerance, and health of this NoSQL database.

MongoDB is a cross-platform, distributed NoSQL database that uses JSON-like documents and can work without a schema. It was designed to be highly scalable, fault tolerant and highly available with performance in mind, especially large data sets. It was built with cloud in mind and supports automatic scaling. It is usually a good choice for document-oriented use cases when you need quick prototyping or massive scale, but not ACID transactions from your datastore.

The massive amount of data and large number of users means massive scale. And with massive scale additional challenges come. You need to keep your infrastructure and the software running on it at bay, understand what is going on, be proactively alerted when things go bad and also be able to do proper post-mortem analysis when things fail eventually. You need a complete view of the metrics and understand which of them are important and how they affect what they mean. This ain’t different when it comes to MongoDB.

Of course, a good monitoring solution helps keep an eye on the health of your clusters and the hardware running them. However, being able to look at the metrics themselves is not everything – you need to understand what they mean and how they affect your MongoDB instances and clusters.

We can group MongoDB metrics into categories to help us identify the key components that can impact health and performance.

The first group contains the metrics related to MongoDB itself. They are crucial to understanding how your MongoDB instances and clusters are performing, their state, and if they need any action to keep your infrastructure healthy. Those metrics include:

The system and resource utilization metrics concern the hardware used to run your MongoDB instances and clusters. Certain hardware elements have corresponding metrics, such as:

Each request processed by MongoDB will require CPU cycles to be processed and completed. That’s why you need to monitor the overall CPU utilization of your MongoDB instances and clusters.

The CPU usage can be a single number that shows the average in a given time period, but you can also divide it into certain areas like

The user part of the CPU usage will show what your MongoDB process needs. You should avoid situations where the CPU is constantly at 100% utilization, as the server is overloaded and will affect your request processing time.

When working with MongoDB, you should consider the following three memory-related metrics:

Disk, or, in general, the I/O subsystem of your operating system, is where the data is stored and from which it is retrieved. That’s why it is crucial to monitor its condition and speed. From MongoDB’s perspective, you should keep an eye on at least the following information:

The replication metrics are important when running more than a single MongoDB instance, so every time you run your operations at scale and need high availability and fault tolerance from your infrastructure elements. You must monitor the health of the MongoDB replication to ensure that the cluster remains healthy and can serve the data without unnecessary delays. The most important replication-related metrics include:

While it’s not a metric, it is a very good idea to constantly monitor the number of errors happening inside your MongoDB cluster. You can expect some of them, but when the number of errors appearing in a given period is higher than usual, you should investigate the cause. It doesn’t mean that MongoDB is the one to blame. It can be something different, like a bug in the application code.

How to Monitor MongoDB

The number of metrics related to MongoDB can be overwhelming, especially when working with the numerous MongoDB instances connected in a cluster. MongoDB provides built-in commands that help you achieve this, such as mongostat and mongotop. However, they have limited capabilities.

When it comes to monitoring, it doesn’t really matter if you are using a single MongoDB instance, a few independent ones, or multiple clusters that have you working with a complicated and scalable distributed system – you need to keep an eye on their health and performance. A good MongoDB monitoring solution should provide all the necessary metrics, help with root cause analysis, and allow metrics, logs, and traces correlation. It should be user-friendly, fast, and easy to use. We have already reviewed such solutions in our article about the best MongoDB monitoring tools.

Sematext Monitoring is a full-stack observability platform with advanced capabilities dedicated to MongoDB monitoring. Easy to set up and intuitive, it provides out-of-the-box dashboards mapping out all the necessary MongoDB metrics and the infrastructure elements supporting it, such as the CPU, memory, and network. Sematext features a powerful alerting system that allows you to create alerts for crucial MongoDB resources. As soon as an issue happens, it will notify you via your chosen notification channel from the many available, including e-mail, Slack, and custom webhooks.

If you want to learn more about how Sematext Monitoring can help, check out the video below or start the 14-day free trial.

There are various MongoDB metrics available to help you ensure the health and performance of your clusters. Understanding them is crucial to diagnosing issues and seeing what your MongoDB instance is doing and how the clusters are performing. They enable you to troubleshoot when things go wrong and restore health to your infrastructure. To reap the full benefits of metrics, you need a proper monitoring tool that allows you to correlate them and analyze their historical values. Sematext Monitoring checks all these boxes and more.