What Is a SSL/TLS Handshake?

A Secure Sockets Layer (SSL) / Transport Layer Security (TLS) handshake is the process of creating a safe and secure encrypted communication channel between the client (user’s browser) and the server (web server). Thus, protecting user information and ensuring risk-free transactions by preventing an attacker (third party) from reading or changing the actual data.

SSL and its updated and more secure variant TLS are cryptographic authentication and encryption protocols. For instance, every time you visit a website, your browser and the web server will first authenticate each other and build a secure encrypted communication channel using SSL/TLS handshake.

It helps prevent third parties, including your Internet service providers (ISPs), from intercepting sensitive data during a website visit. The objective is to authenticate the identities of the communicating parties so that a secure connection can be established and that the third parties can’t listen in or alter the conversation.

Learning some of the essential terms is a prerequisite to delve into the specifics of the SSL/TLS handshake. Here are some of them:

TLS key exchange allows two parties to use a cryptographic algorithm by exchanging cryptographic keys. For example, a symmetric session key is generated during SSL/TLS handshake before an encrypted message is transmitted. RSA and Diffie-Hellman-Merkle are the top key exchange algorithms used.

Symmetric encryption encrypts and decrypts using the same (one) key. Compared to asymmetric cryptography, this is more efficient – it needs less encryption time, uses fewer resources, and can transfer large volumes of data, while also maintaining confidentiality. Cipher text is the same or smaller than the plain text.

Asymmetric encryption uses two keys: a public and a private key. This means a message encrypted with a public key can only be decrypted with the corresponding private key. It provides better security as the keys are never shared and allow the user to authenticate data using digital signatures. It is slower than symmetric encryption and can only be utilized for small amounts of data. Cipher text is the same or larger than plain text.

Some of the examples of widely-used asymmetric encryption include Rivest Shamir Adleman (RSA), Digital Signature Algorithm (DSA), the Diffie-Hellman exchange method, and more.

Authentication lets each party in a communication verify that the other party is who they say they are. SSL/TLS handshake verifies the server’s credibility by comparing its public key with the digital signature issued by the SSL certificate authority, ensuring a client can trust the server’s identity.

How Does the SSL/TLS Handshake Work?

To perform secure communication, the SSL/TLS handshake involves several exchanges between the client and the server:

What Happens During a SSL/TLS Handshake: Step-by-Step Process

The exact steps needed to complete a SSL/TLS handshake depend on the encryption algorithm used, but the basic process is as follows:

Note: Few improvisations can be added such as verifying both the client and the server instead of just verifying the server.

What Happens if the SSL/TLS Handshake Fails?

Sematext Synthetics or Experience can be used to monitor the connection and track the root cause as seen in the next section below. 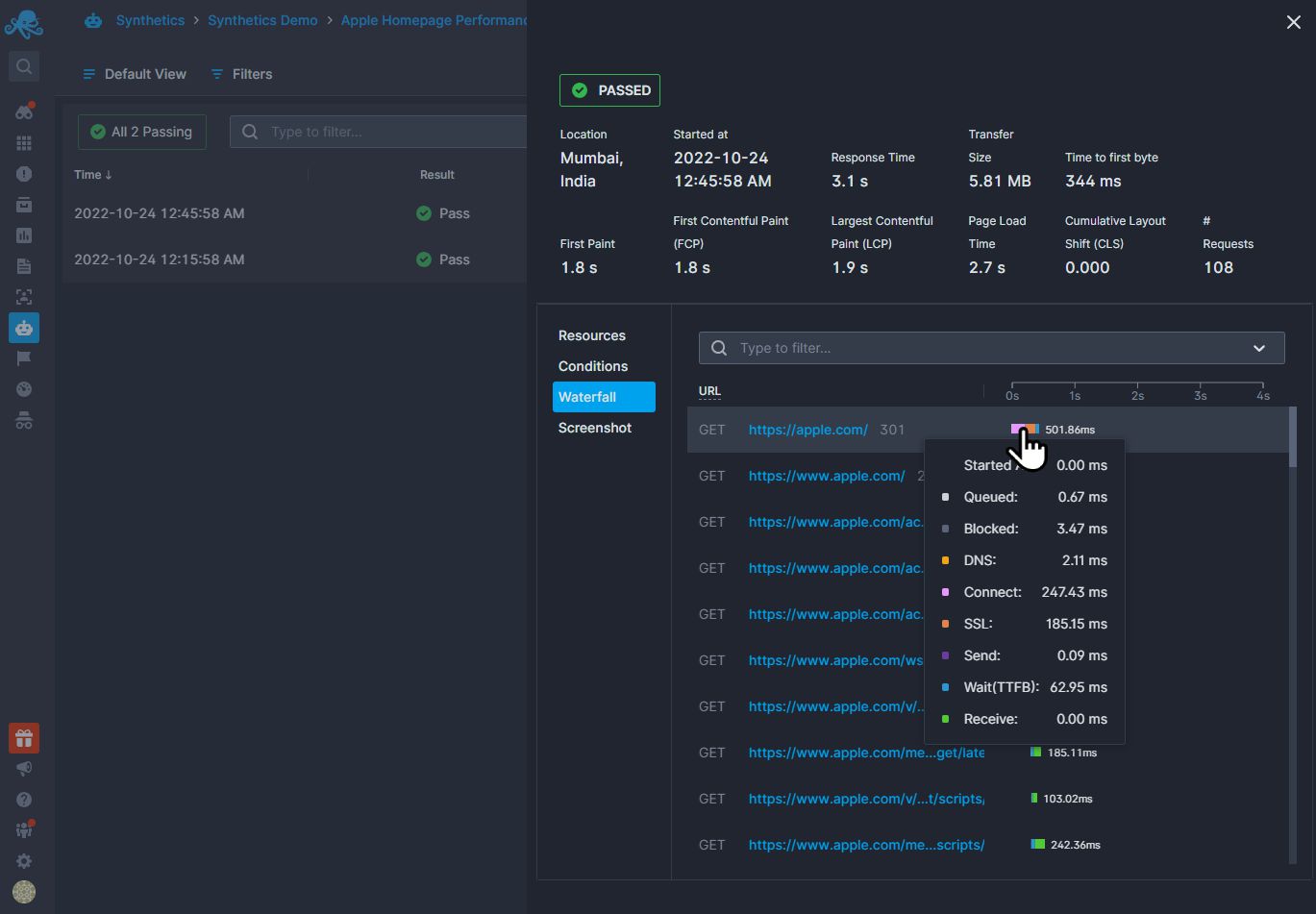 You can gather metrics from SSL/TLS handshakes made with your site and see if they are meeting SLAs. When handshakes are not falling within your parameters, Sematext will instantly send notifications to yourself, others, or entire teams via Slack, Twilio, Zapier, VictorOps, and many others.

Sematext Synthetics will also run tests to check for SSL certificate expiry on all your SSL/TLS certificates. These include checking your leaf, intermediate, and root certificates.

Start your 14-day free trial and see how Sematext Synthetics can help monitor your SSL certificate expiry. You can also learn more about it from the video below: