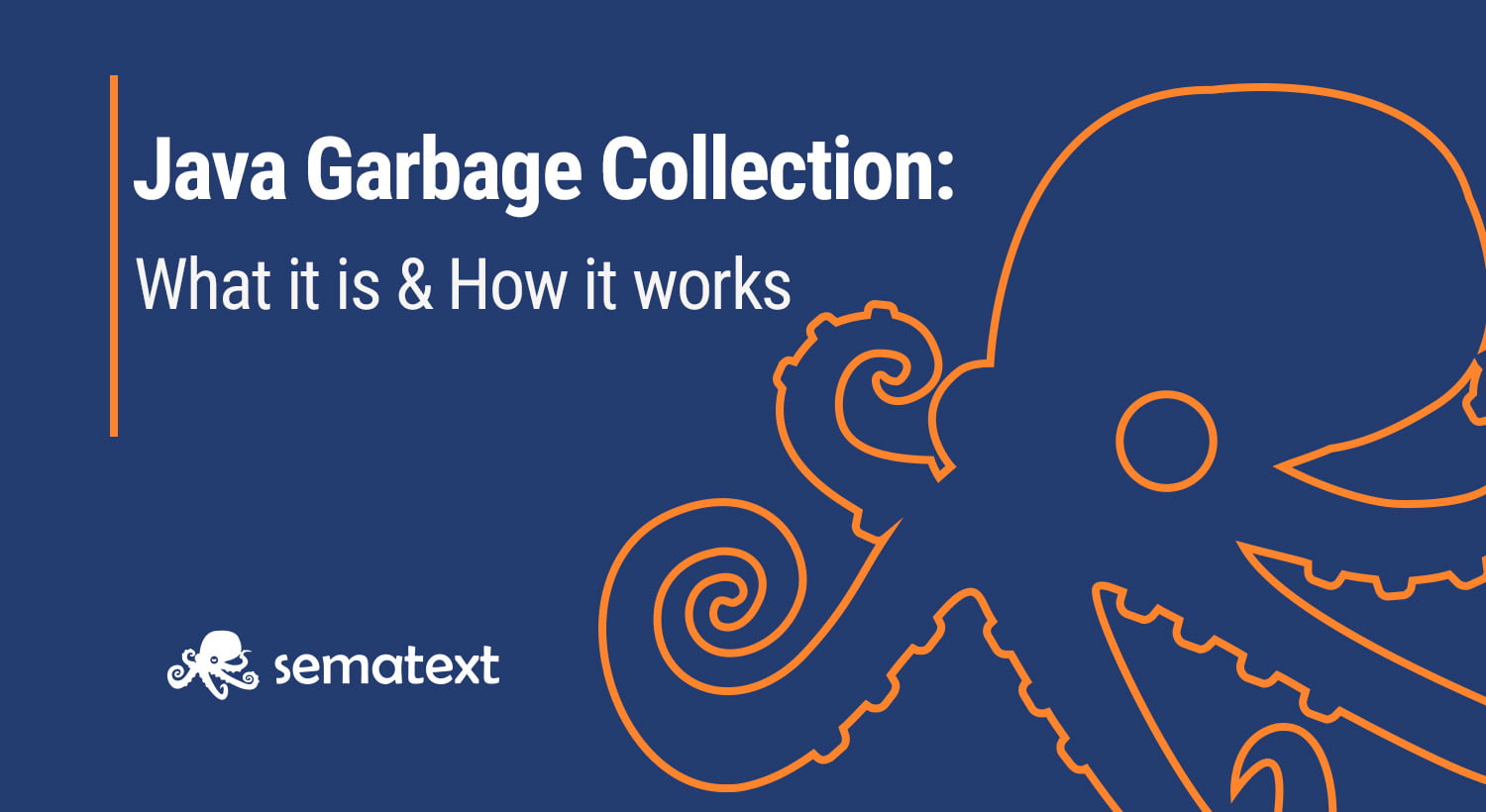 In this tutorial, we will talk about how different Java Garbage Collectors work and what you can expect from them. This will give us the necessary background to start tuning the garbage collection algorithm of your choice.

What Is Garbage Collection in Java: A Definition

Java Garbage Collection is an automatic process during which the Java Virtual Machine inspects the object on the heap, checks if they are still referenced and releases the memory used by those objects that are no longer needed.

How to Make an Object Eligible for GC?

To put it straight – you don’t have to do anything explicitly to make an object eligible for garbage collection. When an object is no longer used in your application code, the heap space used by it can be reclaimed. Look at the following Java code:

In the run() method we explicitly create two variables. They are first put on the heap, in the young generation heap. Once the method finishes its execution they are no longer needed and they start being eligible for garbage collection. When a young generation garbage collection happens the memory used by those variables may be reclaimed. If that happens the previously occupied memory will be visible as free.

How to Request the JVM to Run GC?

The best thing regarding Java garbage collection is that it is automatic. Until the time comes, and you want and need to control and tune it, you don’t have to do anything. When the Java Virtual Machine will decide it’s time to start reclaiming the space on the heap and throwing away unused objects it will just start the garbage collection process.

How Does Java Garbage Collection Work

No matter what implementation of the garbage collector we use, to clean up the memory, a short pause needs to happen. Those pauses are also called stop-the-world events or STW in short. You can envision your JVM-based application’s working cycles in the following way:

Looking for a monitoring solution to help you get started with GC tuning?
With Sematext you can track garbage collection counts, duration and sizes out of the box.
Start your free 14-day trial See our plans
No credit card required – Get started in seconds

The second thing that we need to talk about is generations. Java garbage collectors are generational, which means that they work under certain principles:

That’s why JVM heap memory is divided into generations:

A simplified promotion of objects between spaces and generations can be illustrated with the following example. When an object is created it is first put into the young generation space into the Eden space. Once the young garbage collection happens the object is promoted into the Survivor space 0 and next into the Survivor space 1. If the object is still used at this point the next garbage collection cycle will move it to the Tenured space which means that it is moved to the old generation. You can imagine it as follows:

So the Eden space contains newly created objects and is empty at the beginning of the epoch. During the epoch, the Eden space will fill up eventually triggering a Minor GC event when filled up. The Survivor spaces contain objects that were used during at least a single epoch. Objects that survived through many epochs will be eventually promoted to the Tenured generation.

Before Java 8 there was one additional memory space called the PermGen. PermGen or otherwise Permanent Generation was a special space on the heap separated from its other parts – the young and the tenured generation. It was used to store metadata such as classes and methods.

Starting from Java 8, the Metaspace is the memory space that replaces the removed PermGen space. The implementation differs from the PermGen and this space of the heap is now automatically resized limiting the problems of going into out of memory in this region of the heap. The Metaspace memory can be garbage collected and the classes that are no longer used can be cleaned when the Metaspace reaches its maximum size.

There are a few flags that can be used to control the size and the behavior of the Metaspace memory space:

You can now imagine why some garbage collectors may need a considerable amount of time to clear the old generation space. It’s done in a single step. The tenured generation is one big space of heap and to clear it the application threads have to be stopped.

What we wrote above is true for all garbage collectors including serial, parallel and Concurrent Mark Sweep. We will discuss them a bit later. However, the G1 garbage collector goes a step further and divides the heap into something called regions. A region is a small, independent heap that can be dynamically set to be of Eden, Survivor or Tenured type: 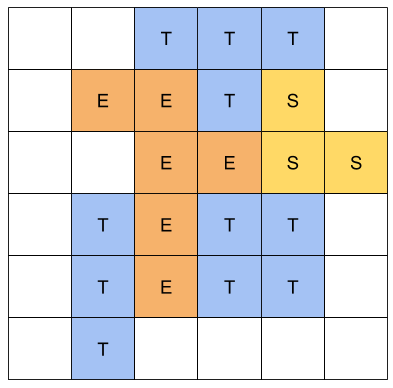 In addition to the three mentioned types, we also have free memory, the white cells on the image.

Such architecture allows for different operations. First of all, because the tenured generation is divided it can be collected in portions that affect latency, making the garbage collector faster for old generation space. Such heaps can be easily defragmented and dynamically resized. No cons, right? Well, that’s actually not true. The cost of maintaining such heap architecture is higher compared to the traditional heap architecture. It requires more CPU and memory.

The clearing of the heap in the case of G1GC is done by copying live data out of an existing region into an empty region and discarding the old region altogether. After that, the old region is considered free and objects can be allocated to it. Freeing multiple regions at the same time allows for defragmentation and assignment of humongous objects – ones that are larger than 50% of a heap region.

Interested in a solution that helps you keep an eye on memory usage?
With Sematext, you get detailed visibility of heap sizes and utilization for individual memory pools to help spot performance issues faster.
Try it free for 14 days See our plans
No credit card required – Get started in seconds

To keep things even more complicated there are several types of garbage collection events. You can divide them in a very simplified way, as follows:

Even by looking at the names of the events you can see that the key in most cases will be lowering the pause times of the Mixed and Full GC events. Let’s stop discussing the garbage collection events for now. There is more to it and we could get deeper and deeper. But for now, we should be good.

The next thing that I would like to mention is the humongous object. Remember? Those are the ones that are larger than a single region in our heap when dealing with the G1 garbage collector (G1GC). Actually, any object larger than 50% of the region size is considered humongous. Those objects are not allocated in the young generation space, but instead, they are put directly in the Tenured generation. Such objects can increase the pause time of the garbage collector and can increase the risk of triggering the Full GC because of running out of continued free space.

That said, there are five types of garbage collectors in Java:

If your application’s priority is peak performance and the thread pause time of one second or even longer is not a problem for it then the Parallel garbage collector may be a good idea. It will run from time to time freezing application threads and performing GC using multiple threads speeding it up compared to the Serial garbage collector.

The CMS GC is designed for applications that prefer short pauses. Basically, it performs slower compared to Parallel or Serial garbage collector but doesn’t have to stop the application threads to perform garbage collection.

As the documentation states, the G1GC was designed for server-style applications running in a multiprocessor environment with a large amount of memory available. It tries to meet garbage collector pause goals with high probability. While doing that it also tries to achieve high throughput. All of that without the needs of complicated configuration, at least in theory.

The ZGC is expected to work well with applications requiring pauses of 10ms or less and ones that use very large heaps.

There are multiple benefits of garbage collection in Java. However, the major one, that you may not think about in the first place is the simplified code. We don’t have to worry about proper memory assignment and release cycles. In our code, we just stop using an object and the memory it is using will be automatically reclaimed at some point. This is yet another added value from a simplicity point of view. The memory reclaim process is automatic and is the job of the internal algorithm inside the JVM. We just control what kind of algorithm we want to use – if we want to control it. Of course, we can still hit memory leaks if we keep the references to the objects forever, but this is a different pair of shoes.

We have to remember though that those benefits come at a price – performance. Depending on the situation and the garbage collection algorithm, we can pay for the ease and automation of the memory management in the CPU cycles spent on the garbage collection. In extreme cases, when we have issues with memory or garbage collection, we can even experience stop of the whole application until the space reclamation process ends.

The second thing I wanted to mention is the right amount of heap memory. If you don’t have enough memory for your application to work you will experience slowdowns, long garbage collection, stop the world events and eventually out of memory errors. All of that can indicate that your heap is too small, but can also mean that you have a memory leak in your application. Look at the JVM monitoring of your choice to see if the heap usage grows indefinitely – if it is, it may mean you have a bug in your application code. We will talk more about the heap size in the next post in the series.

Finally, if you are running a small, standalone application, you will probably not need any kind of garbage collection tuning. Just go with the defaults and you should be more than fine.

The next step after that would be to choose the right garbage collector implementation. The one that matches the needs and requirements of our business. How to do that and what are the options to tune different garbage collection algorithms, we’ve covered in the final part of the series about Java garbage collection tuning.

Want a solution to help you track critical GC metrics?
With Sematext you get full visibility into all garbage collection types to help you tune it for optimal performance.
Get started See our plans
No credit card required – Get started in seconds