Sematext Docker Agent runs as a tiny Docker container on each Docker node.  From there it calls Docker API to get logs, metrics, and events for all containers running on the same node, as well as the node itself.  It then streams those data to Sematext SPM and Logsene over an encrypted connection. 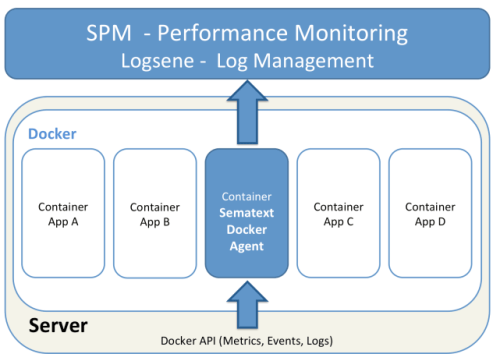 There are several options to connect Sematext Docker Agent to the Docker Remote API, depending on the configuration of the Docker daemon:

Keeping in mind that Docker UCP cluster looks like a single Docker host from the Docker Remote API point of view, it should be very easy to monitor Docker UCP / Swarm with existing Docker monitoring tools! Connecting a monitoring agent to the Swarm Master API endpoint is one potential option. The Sematext Docker Agent would collect all container metrics, events and all logs from the Swarm Master. The following considerations lead to the requirement to have the monitoring and logging agent running on each Docker UCP node:

Monitoring and logging agent should run on every node for the following reasons: 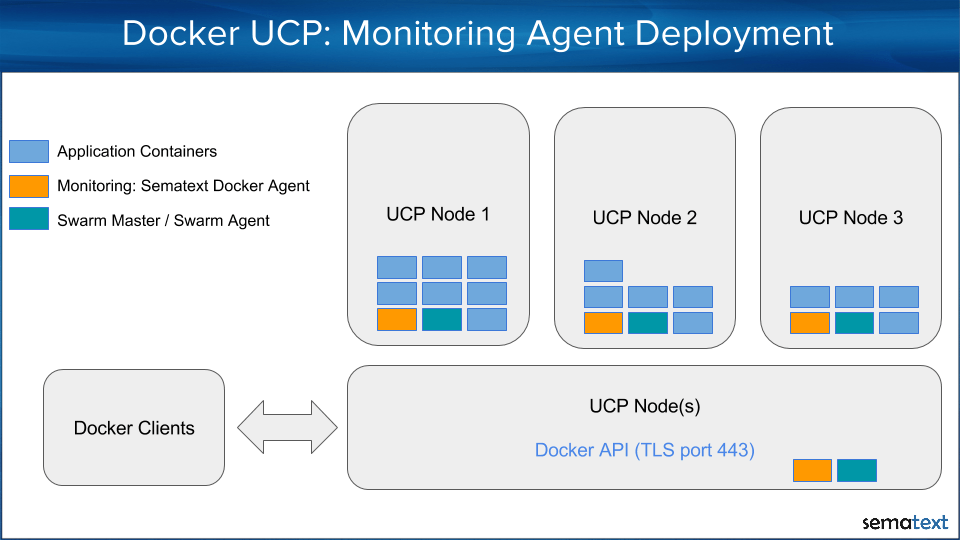 To deploy Sematext Docker Agent to all Docker UCP nodes we will use docker-compose scale command, connected to the Docker API endpoint for the Docker UCP cluster. See chapter 8 for details.