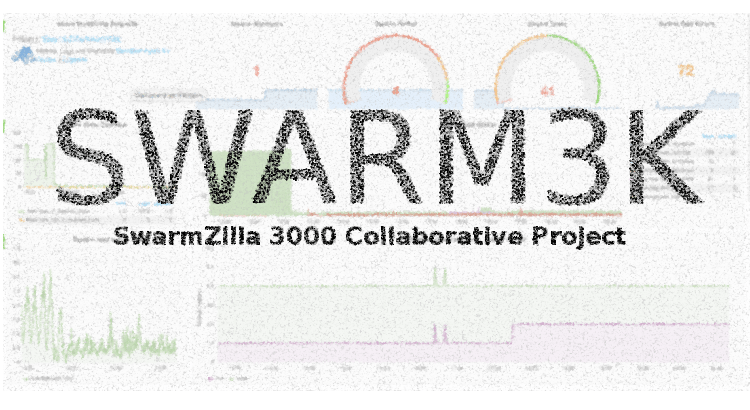 SwarmZilla/swarm3k by Docker Captain Chanwit Kaewkasi is a unique community project/event aimed at launching a Docker Swarm cluster with 3000+ community-sponsored nodes. The previous project – Swarm2k – successfully demonstrated a 2000+ node Swarm cluster with only 3 Swarm managers running a workload with 95,000 tasks/containers on worker nodes.

Swarm3k goal is to run more than 3,000 nodes with a very large subnet – with 4096 IP addresses and several workloads, such as a 20 node MySQL cluster and 2,980 WordPress tasks on top of it.

You can join with your own Docker containers. See swarmzilla/swarm3k for instructions.  Got questions?  We’re in swarmzilla Gitter chat.

Sematext is the official Docker Swarm3k monitoring partner – see Live Swarm3k Dashboard at https://sematext.com/swarm3k. Compared to the setup for Swarm2k we will enrich the monitoring setup with host metrics, container metrics and logging of Docker events and task errors.  All these bits of operational data are collected by Sematext Docker Agent.

Finally, we tweaked Sematext Docker Agent for the Swarm3k to deal with its special requirements. In addition, we decided to sponsor the resources for the monitoring including a dedicated extension of our infrastructure. As the result we get:

If you are interested in this topic, stay tuned and follow Chanwit Kaewkasi and @sematext and check out the public Docker Swarm monitoring dashboard.  If you need Docker monitoring for your own Docker deployments check out SPM for Docker, the Sematext Docker Agent, and Logsene.