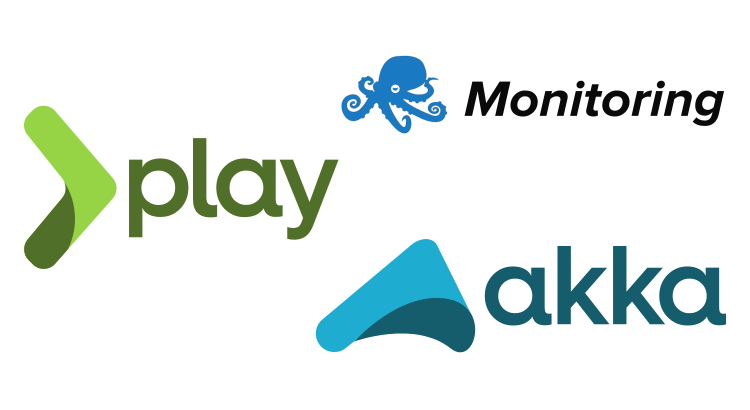 Sematext Monitoring provides Akka monitoring via Kamon and has been doing that for quite a while now.  With Sematext and Kamon you get out-of-the-box metrics about Akka Actors, Dispatchers and Routers, Akka’s JVM metrics, and system metrics.

We’ve recently made a few nice Akka monitoring improvements that should be of interest to anyone using Akka, and especially those using Play! Framework.

Want to see a demo and don’t feel like reading?
Go to
https://apps.sematext.com/demo and look for any monitoring App with “Akka” in its name.

We’ve expanded our Transaction Tracing support and now support Kamon’s Traces and Trace Segments.  Note that Traces don’t necessarily have to be initiated by an HTTP request.  Sematext Transaction Tracing lets you specify where a transaction starts.  You can see that in our Demo Akka App, which is not actually a web app, so we specified where in code its transactions start and end. Traces can be produced by instrumentation libraries like kamon-play or manually in the code using something like this:

So what exactly do these Akka monitoring reports look like?  Here are some examples:

Sematext will also show you charts with the number of transaction errors if you are using Kamon 0.6.3 or newer:

to your dependencies in build.sbt.

If you are using Maven just add the following to your pom.xml:

For any apps that run on the JVM Sematext will give you out of the box reports for various JVM metrics, like garbage collection counts and latency, size and utilization of every JVM memory pool, and JVM thread counts.  For Akka memory monitoring we go a bit further and provide additional reports for JVM heap and non-heap memory as well as class loading.  Here are some samples:

To get these reports you don’t have to do anything — you’ll get them out of the box.

Besides giving you out the box monitoring with a number of integrations, you can also send custom metrics to SPM.  They can be performance metrics, business metrics, or really anything you want to graph, alert on, stick on dashboards, correlate with other metrics or logs (see Logsene!) and so on.  You can now send Custom Metrics via Kamon, too.

What do you get with that?  You get custom custom histograms on whichever metrics you send: