We are happy to announce the General Availability of SPM, our performance monitoring solution for Apache Solr, ElasticSearch, HBase, SenseiDB, and Java applications, and of course all system metrics. You can also vote for what else you want SPM to monitor.  Over the last N months that we’ve been running SPM we’ve received a lot of good feedback (thanks!), a lot of words of encouragement (thanks!), and even a few nice quotes (another thanks!). Here is one from Jerry Yang, a Software Engineer at Walmart Labs: “I have been using SPM for couple of days and it has been amazing. I learned a lot about my Solr services and was able to optimize based on the results on SPM. Great work.”

Since holiday season is coming up, we thought we’d offer some discounts every week between now until the end of the year.  Each of the following discounts can be used only during “its week” specified below.  There is a limit to the number of people who can use each discount, so if you want it, don’t waste too much time.  Each discount will reduce the price of SPM SaaS for 365 days after you’ve used it, which effectively means you will get discount until the end of 2013.  Note that when you register for SPM you do not need to enter your credit card information.  You also don’t need to provide it when you create the SPM application for the system you want to monitor.  And it is when you create your SPM application that you can enter the discount code.

Note that each discount code expires on Sunday at 00:00 UTC.

The above discounts are good for our SPM SaaS.  However, if you’d rather run SPM on your own servers, we do offer SPM on Premises – please get in touch if you are interested in the on premises version.  You can also vote for SPM SaaS vs. On Premise and that way tell us which version you prefer or want.

There are a few different subscription plans available in SPM SaaS:

If you have not used SPM before, here is what you can expect to see – click on the image to see a large, non-fuzzy version: 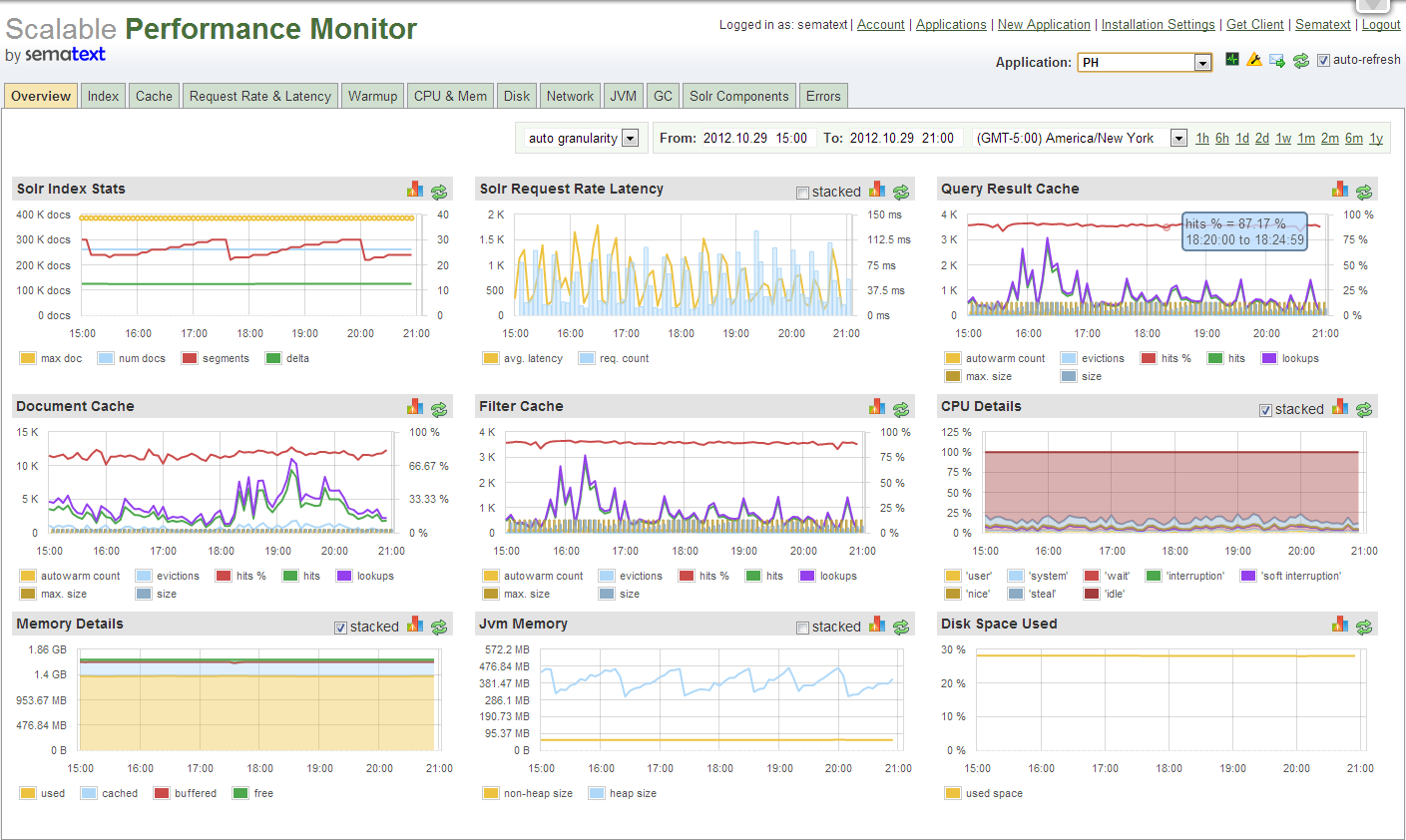 We hope you will find SPM useful and fun to use.  We are always looking for feedback – just email spm-support@sematext.com or ping @sematext and tell us what you like or don’t like about SPM.