Kubernetes is a portable, extensible, open-source platform for managing containerized workloads and services, that facilitates both declarative configuration and automation. To start monitoring Kubernetes with Sematext, you only need to install a tiny agent that adds basically no CPU or memory overhead.

Sematext Monitoring will give you detailed insights into your cluster’s health, performance metrics, resource counts amongst other important metrics. Speaking of metrics, check out this page for a summarized list of the key metrics you can follow with Sematext as well as a short explanation for each one of them. 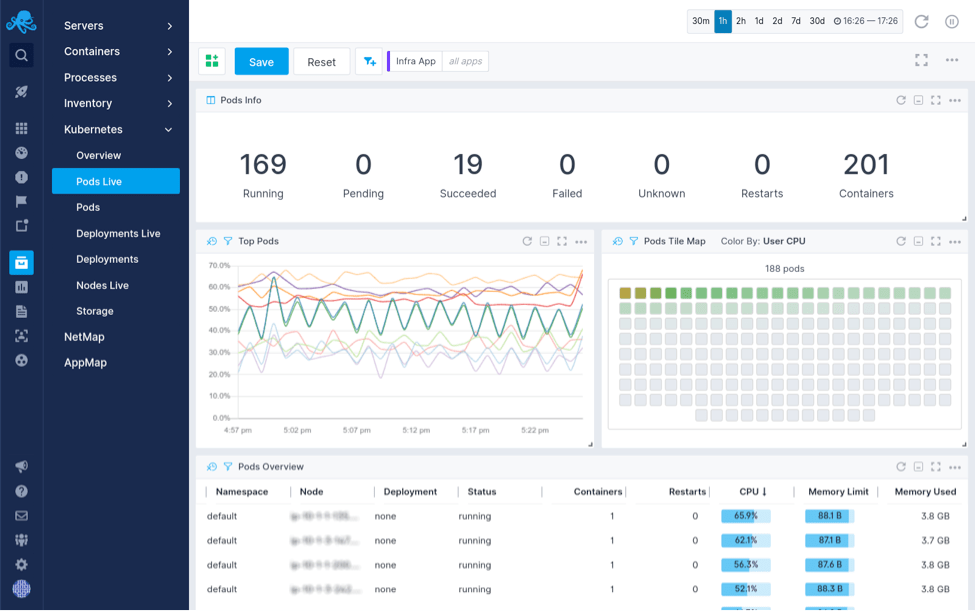 To start monitoring Kubernetes with Sematext install the Sematext Agent. The easiest way to do that is with a Helm chart. It’s available in the official charts repo and it will install to all nodes in your cluster. To install it run the following command:

Check out github for more details.

You can also install Sematext Operator using this command:

After the installation has finished you can create the SematextAgent resource that deploys the agent to all the nodes in your cluster.

For those looking for a more hands-on approach, there’s a manual installation procedure with kubectl.

Due to its nature, Kubernetes can be difficult to debug and without proper tooling this process will take a lot longer than it has too. Sematext helps you shed light on what caused the anomaly that led to the crash. 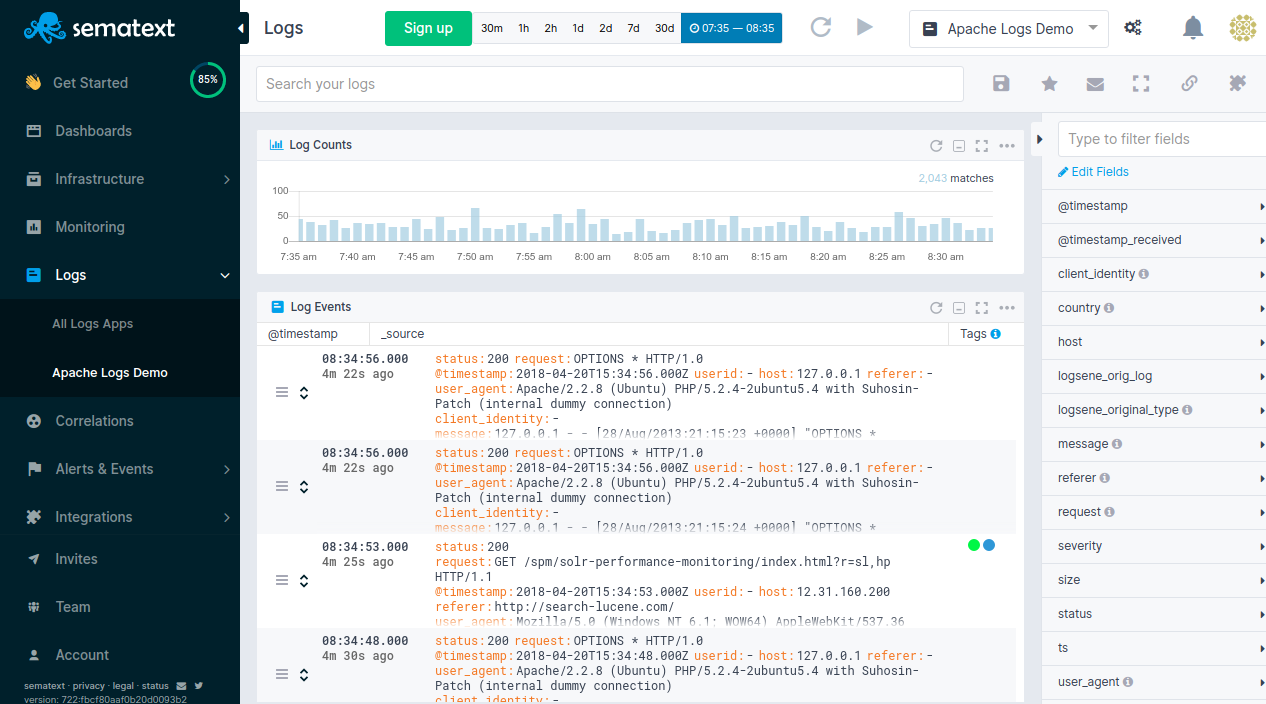 To configure Kubernetes log shipping we’re going to use Helm.

To install Logagent with Helm you’ll need to run the following command:

Deleting Logagent can be done with:

If you are looking to use a different type of integration you can check out this page.

Container and Kubernetes metrics are collected along with labels and tags, which are exposed in the UI to allow slicing and dicing and building of custom dashboards. 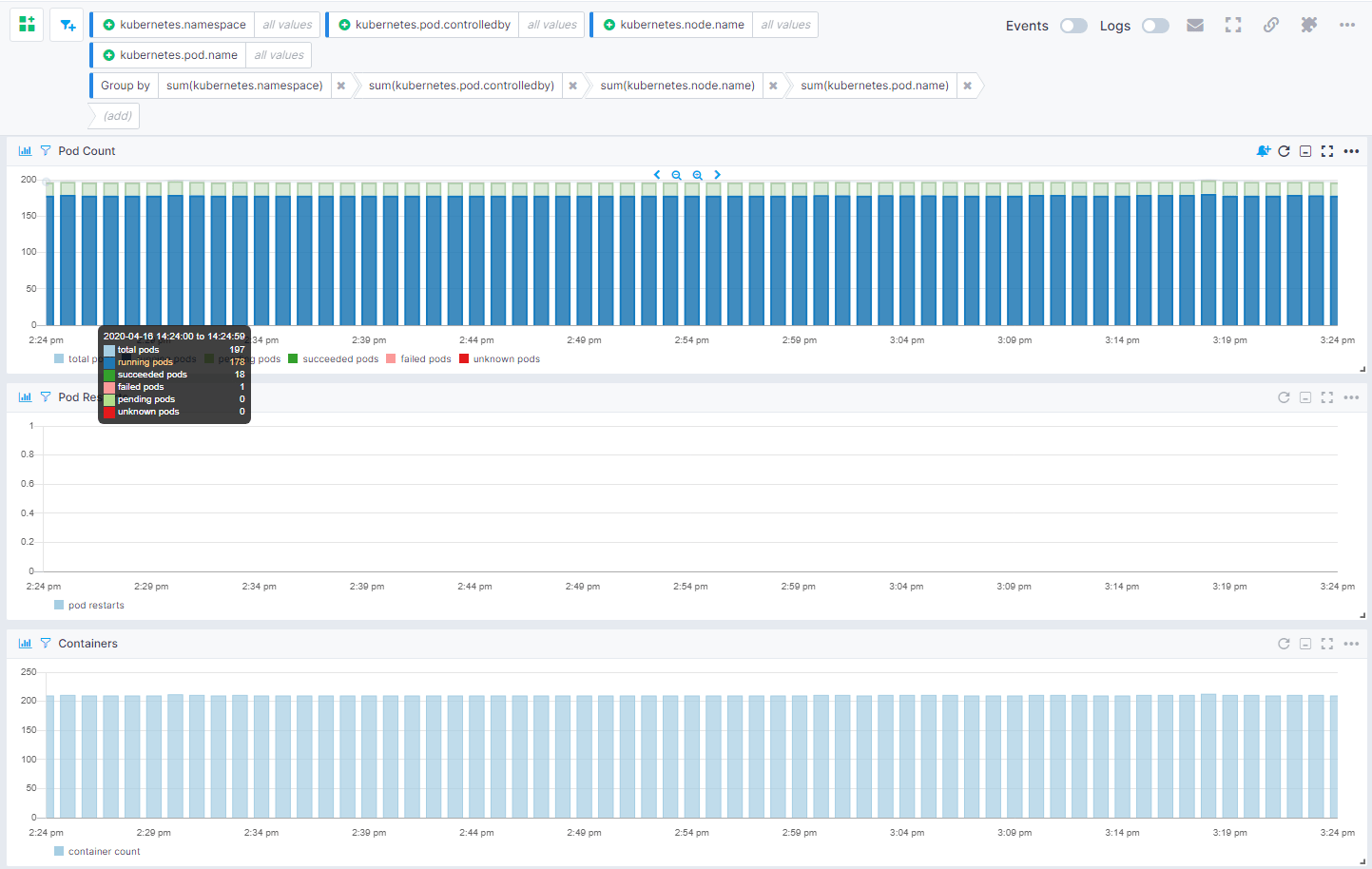 The Sematext Agent offers a versatile container engine monitoring and visibility solution that is easy to customize.

You can find a complete list of Environment Variables available at this link.

Containers are discovered from cgroupfs and the metrics are fetched directly through cgroup controllers. Check out this page for a complete list of the metrics shipped by the Sematext Agent.